Published in the Sun-Times Beacon News on September 15, 2013

In my 22 years at the Aurora Police Department, I have had a front row seat to the devastation and destruction that befalls individuals who have addictions.

Drug abuse can cause once law-abiding citizens to turn to criminal activity in order to support their habits.  I’ve watched people turn to prostitution, theft, robbery and even murder because of the shackles of addiction.

Repeatedly witnessing the pain that abusers caused to others made me less than empathic to the struggles of addicts.  Because our view of the world is shaped by the lens we wear in our own life, my personal experiences caused me to lack compassion.

When I became the Commander of the Investigations Bureau, I assumed responsibility to approve or deny Drug Rehabilitation Court for those who enter into the criminal justice system.

The process begins when a person is arrested for a crime.  They then have an opportunity to apply for drug court if they are claiming an addiction.

The cases I received at first glance were easy because I was determined to deny anyone that had a criminal offense other than possessing a drug.  I decided that anyone who committed a crime and blamed it on addiction was not worthy of the program.

I was reading through the police reports associated with one of applicants and noted that he was arrested for burglary.  I was about to give the stamp of denial until I looked closer and saw that the burglary victims were the offender’s parents.  I picked up the phone and dialed their number because I had this overwhelming need to hear their story.

I spent 45 minutes on the phone with the couple who took turns telling me stories about their adult son and how his heroin addiction unraveled their lives.  They appeared to be loving parents who had to contend with a son who made a wrong choice.

They tried reasoning with him.  They tried putting him in rehab on numerous occasions only to watch him relapse over and over.  When he lost his job and his family, they took him in.  Then they started feeling scared by the other addicts he would bring home and they ultimately made the decision to kick him out.

Every night they went to bed wondering where he was sleeping or if he was even alive.  As if that weren’t painful enough, they were burglarized and learned it was their own son who had broken into their home.  He stole their possessions so he could sell or trade them for more drugs and they were faced with the most difficult decision of their lives – to press criminal charges against their own child.

The application for drug court was no longer a piece of paper.  A real life jumped from the words strung together in the police report and caused me to change my lens and my judgment.

I still struggle because I believe we arrive at addiction by way of conscious choice.  A reasonable person must suffer the consequences of choosing a path where they know there is a strong likelihood of it ending in destruction. 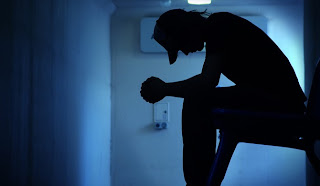 But I have come to understand that it is not for me to withhold compassion or empathy.  It is not only my job to ensure that justice is served, but to also to help those who are lost; find a new and better path.

For more information on Drug Rehabilitation Court, visit www.illinois16thjudicialcircuit.org and click on the General Information tab at the top of the page.
Posted by Kristen Ziman at 1:09 PM