Where You Lay Your Head

When my kids were in elementary school, I used to volunteer in their classrooms for holiday parties.

During one Christmas party in my daughter’s first grade class, I was assigned to run a craft table with another parent.  She seemed relatively pleasant and we were making small talk helping the children glue little reindeer noses on their cut-outs.  She said I looked familiar (and I was thinking the same) but we couldn’t pinpoint exactly where we had met.

And then her face changed making it clear to me that “the light bulb” went off in her head.  “You arrested my husband”, she exclaimed loud enough for everyone in the classroom to hear.  I
then instantly recalled the exact incident involving her husband at their home.

My 7 year old daughter looked at me with eyes as big as saucers so I responded as any nice person would by saying, “Ohhh, nice to see you again”, followed by nervous laughter.

I bring this up because it’s one of the many times I’ve run into someone with whom I’ve had an interaction as a police officer while off duty.  Most of the time, it doesn’t bother me because I’ve never felt threatened or been in a position where I was genuinely concerned.

Other officers have not been so fortunate.  One of our tactical officers once lived down the street from a gang house. When the occupants learned where he lived, a homemade bomb was thrown at his home.  He and his wife became genuinely concerned for the welfare of their family and made the personal decision to leave the city. 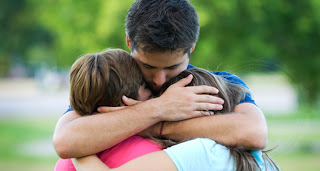 It is extremely stressful to be in a constant state of heightened alert.  During the course of our work day, we expect to operate in combat mode.  Given the history of ambushes on police officers, there is never a time to be complacent of our surroundings while on duty.

However, our homes should be a peaceful retreat to let our guard down – not somewhere to look over our shoulders or worry about our children being harmed in retaliation for doing our jobs.  For this reason, many officers opt to move outside of the city limits to minimize the probability of running into any “clientele”.

There is great debate about residency requirements. Many people believe that a police officer who lives in the city in which they serve will take more of an interest in policing the city.  Being vested in the city all of the time – not just during an 8 hour work day, some argue, makes the police officer woven into the tapestry of the community.

Officers feel very strongly about the safety issues that come with living within proximity to the streets they patrol and the criminals they arrest.  Furthermore, most families are dual-income and have a need for flexibility to accommodate officers' spouses who work in other cities.

I used to be very much in favor of residency requirements but I’ve since waivered on my position. 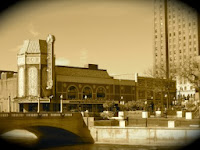 I choose to live in Aurora.  I was born and raised here, my career is here and we decided to raise our children here.  I have always felt a strong connection to this city and I simply wouldn’t want to live anywhere else.

But I completely understand the need to live with a little anonymity and detachment.  I’m not convinced that commitment plays a part in residency. I know many police officers who do not live in Aurora but are committed to the community and are intensely dedicated to its citizens and their wellbeing.  I also know officers who live in the city that might not share those same ideals.

People become police officers because they genuinely care about people--- all people--- without regards to geographic boundaries.  Personally, I think you can love this city and dedicate your life’s work to the welfare of it no matter where you lay your head.

Posted by Kristen Ziman at 1:53 PM